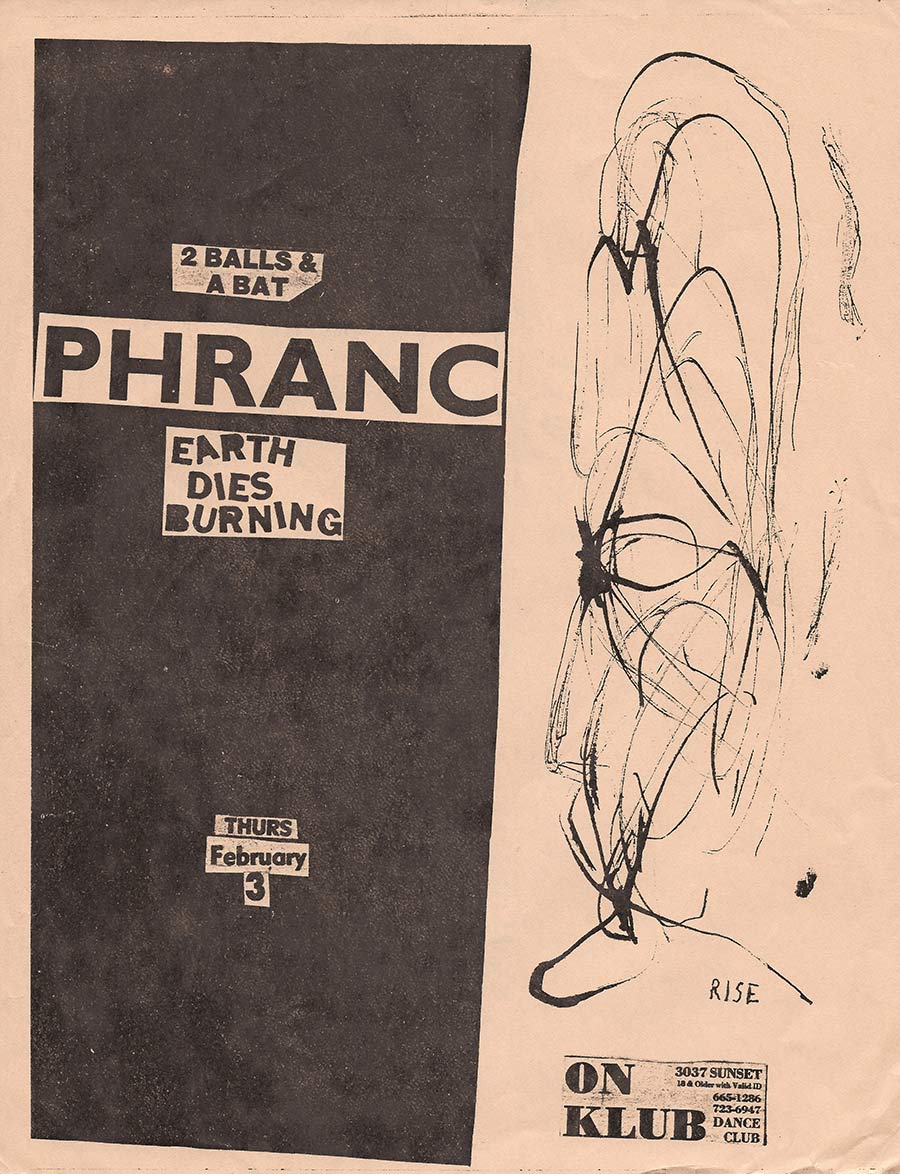 2 Balls & A Bat was Cliff Martinez’s band – I don’t know whether he was in the Red Hot Chili Peppers at that point, but we were blown away by his having played with Captain Beefheart & The Magic Band.  I remember sitting outside of the On Klub with him, dejected that they wouldn’t let us into the club.  Cliff’s wisdom, drawn from years of experience?  “Dem’s the breaks, Kid.”

If you want to say something, please say it Cancel reply